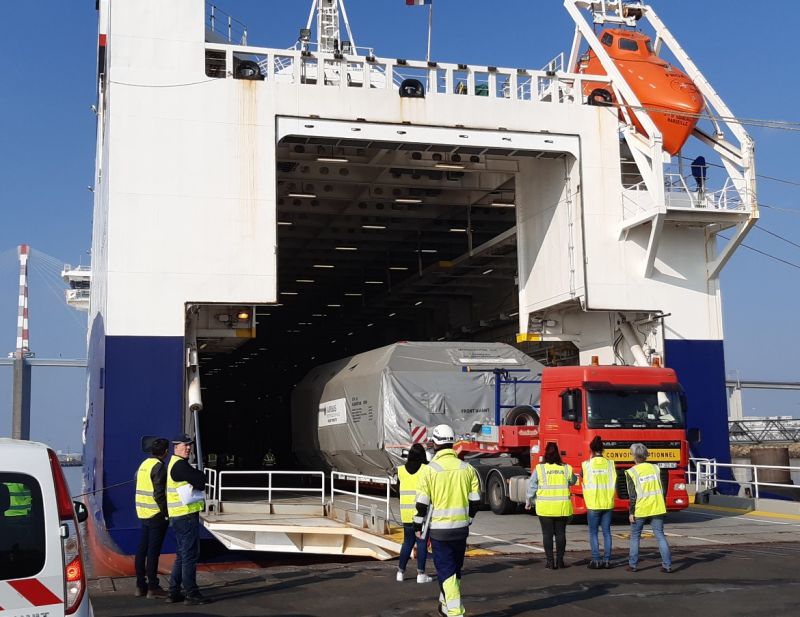 With the transport of the Aeolus weather satellite designed by Airbus for the European Space Agency in 2018, LDA had demonstrated its ability to provide the specific logistics for the transport of extremely sensitive packages such as satellites. Indeed, the transport of satellites requires constant monitoring of acceleration and hygrometry parameters during the crossing. This is therefore the second time that the company has transported a high-sensitivity satellite that requires the utmost care in on-board handling. 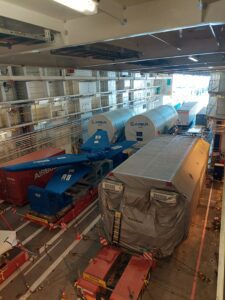 The Louis Dreyfus Armateurs group, one of whose entities specializes in freight forwarding of high value-added packages, took charge of the reception, storage and handling of the satellite and its accessories in Saint-Nazaire then in Degrad des Cannes in Guiana, allowing loading at Montoir-de-Bretagne in the ro-ro ship “City of Hamburg”. The "City of Hamburg" ship, managed by the LDA group and chartered to the Airbus group, left the Montoir de Bretagne ro-ro terminal on April 22 to cross the Atlantic Ocean, co-loaded with A320 elements. The satellite was unloaded at Degrad des Cannes on May 13 according to the planned schedule.

LDA worked closely with Airbus Defense & Aerospace. A team from Airbus Defense & Aerospace boarded the City of Hamburg ship to ensure regular monitoring of transport conditions: temperature, humidity, accelerations. This joint work has made it possible to guarantee transport in optimal safety conditions. The securing of packages on the ship had been calculated by our engineering team specializing in the transport of oversized and fragile packages.

LDA contributed to the pooling of means of maritime transport between the various entities of the Airbus group with the transport of this satellite combined with the fuselage elements of the A320 to the Airbus assembly plant in Mobile, Alabama. The LDA group thus illustrates its ability to manage end-to-end transport solutions, customized to the needs of its client. 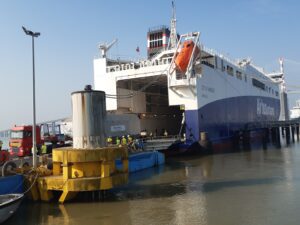