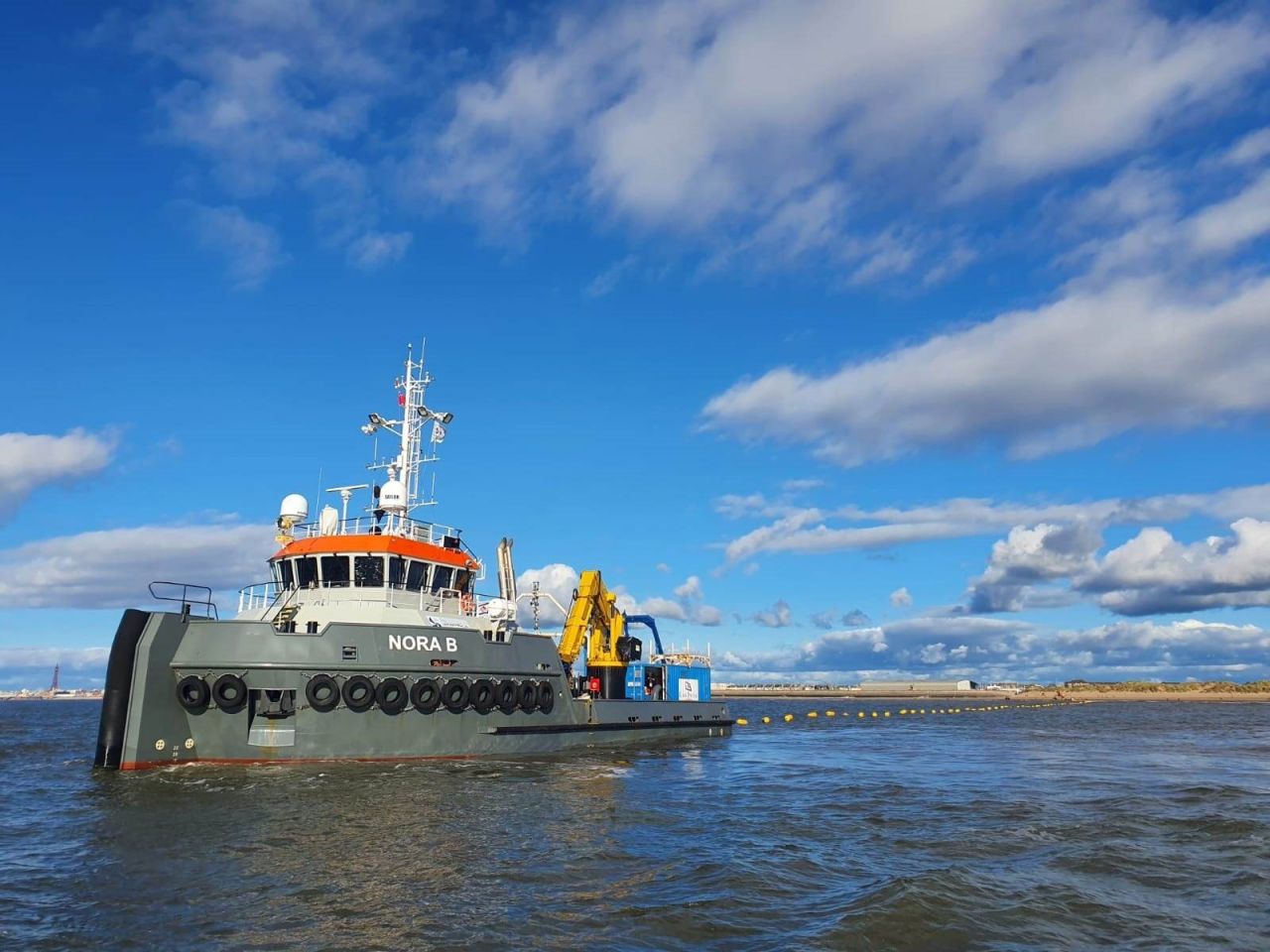 Nora B then transited back to LDTVO offshore base in Dunkirk where demobilisation have been completed in 24 hours." - LinkedIn post 29/10 here.

Thanks to our colleague Marc GEFFROY for sharing nice pictures and update on this project.