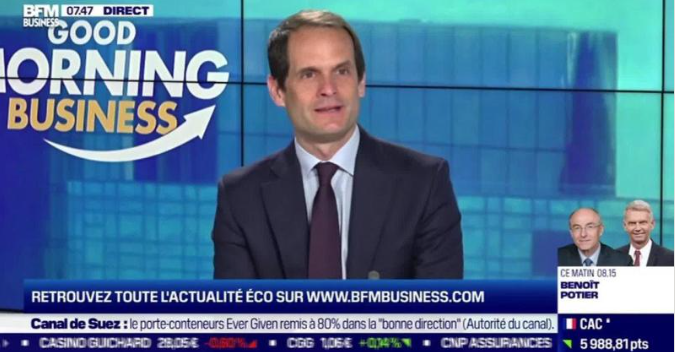 President Edouard Louis-Dreyfus was the special guest of BFM Business TV this morning to talk about the blockage of the Suez Canal and the issue of vaccination for seafarers around the world.
Edouard Louis-Dreyfus did not fail to pay tribute to the LOUIS DREYFUS ARMATEURS Group's seafarers and to recall their key and essential role in the world economy.